At last! One of the few interesting novelties of this year's Basel World 2010 is really coming to life. I was hoping that the Ressence "Zero Series" by Benoît Mintiens becomes fact and not fiction. I must say that I was very impressed when I first saw the prototypes. A new idea in difficult times is definitely worth some attention. 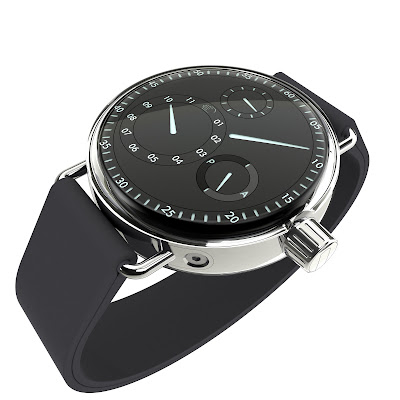 Physically the watch is very well balanced and all the details look quite stunning, especially for a proto. The top and bottom sapphire glass make it a very, dare I say it... sexy watch. (Don't forget that due to this peculiar use of the sapphire glass covering most of the surface of the watch you will have very little scratches on the case). It is extremely pleasant to the touch with almost an eery feeling of "Feng Shui". Holding it almost feels like entering a Japanese Zen Garden. Despite its initially complex design the Ressence is as harmonious as a classic hour-minute dress watch. 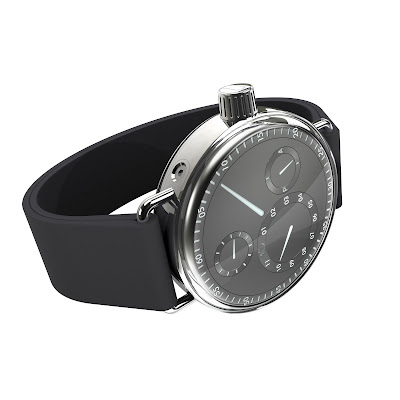 The face is flat with all information on the same level front is a regulator with seconds and day night indicator. The back has the same front sapphire glass but shows a rotating disk instead of the classic rotor. The face that incidentally displays everything on the same plane is composed of a main rotating disk for the minutes and three smaller disks inside for the hours, seconds and day/night indicator. A bit tricky at first but it does not take long to get used to. Here is a demo... The crown has a safety in oder to prevent changing the time inadvertently.

All the details are phenomenal and although I have not been able to have a finished production model what I have seen so far was quite impressive. Compared to the original prototype the Zero Series is almost 1 millimeter thiner and the strap at the case is 22 millimeters. Both changes are extremely welcome since they are the only two things that I would have changed from the prototype. The only drawback is that the crown will be larger according to the specs. Although I hope the crown will be only "wider" but shorter since I found it a bit sticking out on the first test models. Perfection would have been this beauty to be manual wind, bliss would have been a seven day power reserve with indication. 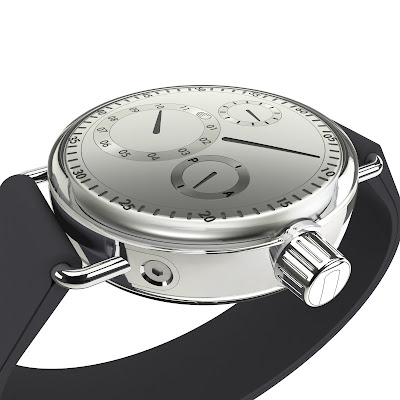 I was very impressed with the first trials. This is generally rarely the case with prototypes that disappoint rather than enamor. As with everything this is only the beginning for Ressence and this new idea to tell time so expect there to be more to come after the "Zero Series". However, expect it to be more complex and probably more expensive. I do not have to remind many of you that URWERK's 101 and 102 was a steal at a similar price to this first Ressence (and never to be seen at this price again...).

Because the Zero Series is hand made there are some possibilities of customization. As with many things, there will be only 50 lucky owners with one of these in their collection.